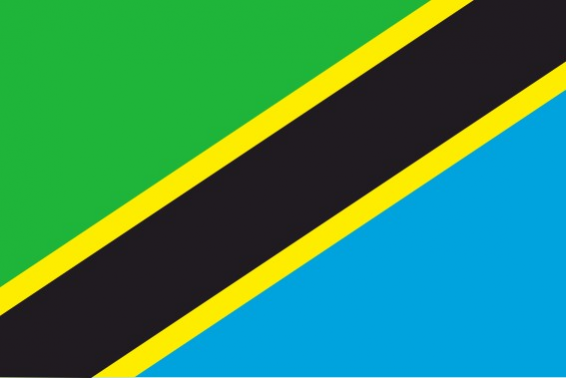 Add to my wishlist
"

The United Republic of Tanzania is a country located on the east coast of Central Africa. Its capital is Dodoma. The name of the country comes from the union of the words ""Tanganyika"" and ""Zanzibar""
The British administered Tanganyika until 1961, when it became independent peacefully and became a republic under the government of the moderate Julius Kambarage Nyerere, leader of the African National Union of Tanganyika (TANU). For its part, Zanzibar was evacuated by the British two years later and became an independent country under the government of Sheikh Abeid Amani Karume and the leftist Afro-Shirazi party, after overthrowing the Sultan. Tanganica and Zanzibar negotiated a unification of both states, which was named after Tanzania in 1964.In 1979 Tanzania declared war on Uganda, after Uganda, led by Idi Amin, invaded and tried to annex Kagera, a province in the north of the country. Tanzania first expelled the invading forces and then invaded Uganda itself. On April 11, 1979 the Tanzanian forces along with the Ugandan and Rwandan guerrillas took the capital, Kampala, and forced the dictator Idi Amin into exile.8In October 1995, Tanzania held its first multi-party elections. The previous party in power, Chama Cha Mapinduzi (CCM), won the elections comfortably and its candidate Benjamin Mkapa was sworn in as president of the United Republic of Tanzania on November 23, 1995. In November 2015, John Magufuli was elected president for a period of five years."