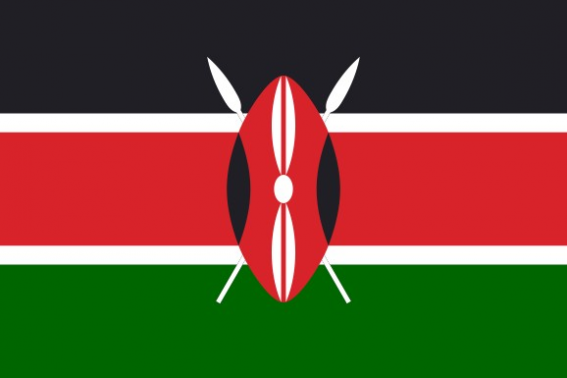 Add to my wishlist
Kenya has 47 districts, each with a semi-autonomous government with respect to the central government of Nairobi. Geographically, Kenya is divided into several areas with a very variable demography, with areas of savannas, arid and semi-arid, and a large coast with the Indian Ocean. The central regions and the west have forests and mountains, while the northern regions are more arid.As part of East Africa, Kenya has been home to man since the Early Paleolithic. The Bantu expansion reached the area in the first millennium before our era, and the limits of the modern state include the steps of the linguistic and cultural areas of the Nile-Saharan, Afro-Asian and Bantu, so Kenya has been a multiethnic country from its origins. The European and Arab presence in Mombasa goes back to the principles of the Modern Age, but the exploration of the interior began in the 19th century. The British Empire established the East African Protectorate in 1895, known as the Kenya Colony since 1920. The Independent Republic of Kenya was established in 1963.The capital of Kenya, Nairobi, is a city of great commercial importance in Africa. The economy of Kenya is also the largest gross domestic product in the East and Central Africa. The country has been a traditional producer of tea and coffee, and more recently has been dedicated to the export of cut flowers to Europe. More and more Kenya is devoting itself to the telecommunications industry. Kenya is also a world power in sport, giving the best athletes as the champion Paul Tergat and more recently David Rudisha.